Join Dallas ISD for the largest school fair in the city

Representatives from every campus across the district will be on hand to answer questions about enrollment, admission requirements, extracurricular activities and much more.  With four convenient locations across the city, parents and students will have the opportunity to discover the right school for their child.  For times and locations, visit www.dallasisd.org/discoverdallasisd.

The Teachers of the Year were celebrated at a luncheon on Nov. 14. Here’s a little more information on these outstanding educators.

Chris Evetts receiving his Teacher of the Year Award.

Seven Woodrow students nominated Chris Evetts for teacher of the year. As director of the Woodrow Wilson High School band, he has built the band program from about 10 students to more than 100 students.

The Woodrow band plays everything from football games and homecoming parades to nursing homes and the Rec Center to entertain Hurricane Harvey evacuees. Evetts also leads an annual fundraiser at the Granada Theatre to raise money for the band. 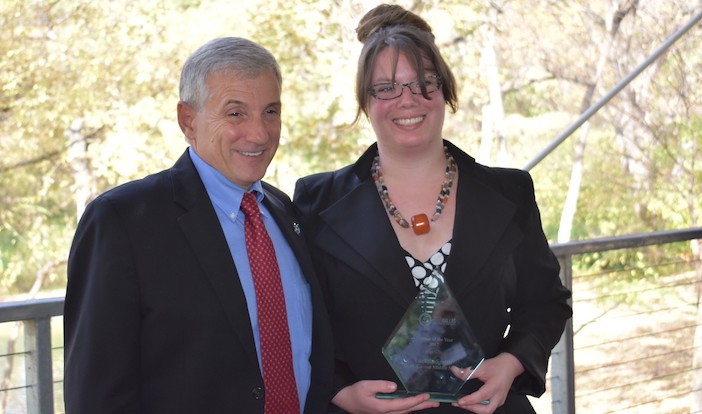 Loretta Smith takes on a variety of tasks at W.H. Gaston Middle School. She participates in home visits with her students to address their needs; is a coach for Destination Imagination, UIL Academics and Pentathlon; leads professional development for the whole staff and serves as the campus TEI expert; and helped in implementing a restorative practices program at the school.

From her nomination: “Mrs. Smith can relate in ways many others can’t to our students, specifically the socioeconomically disadvantaged students, many of whom come from single parent or grandparent raised homes. She grew up with absent parents who ultimately gave up their legal rights as parents when she was three years old. Mrs. Smith is able to reach students who struggle the most to understand.”

The Personalized Learning Department is now accepting nominations and applications for the Innovation in Teaching Fellowship.

The 10-month Fellowship, set to launch in February 2018, is designed to equip Dallas ISD teachers to grow in their understanding of and experience with Next Generation Instructional Models including Blended Learning and Project-Based Learning. Over the course of the Fellowship, participants will have access to workshops, on-demand professional development sessions, internal and external site visits, and coaching from the Dallas ISD central Personalized Learning team. The Fellowship will conclude with an opportunity for participants to share their learnings and ideas with the education community.

To nominate a teacher for the Fellowship, submit a nomination form here by Friday, December 8th.

To learn more or to apply for the Fellowship, click here. Applications are due by 5:00 p.m. on Friday, December 22nd.

Here are some thoughts from Dallas ISD employees on why they support the United Way employee giving campaign:

“I give to United Way because it has been such a big help to so many people. There have been children and teachers in my school who have received help from United Way.” — Alpher Garrett-Jones, principal of Charles Rice Learning Center

“I think the importance of giving to United Way is not measured by money or by a number, but it’s measured by the impact it has on somebody’s life.” — Raul Pena, executive director of Molina High School feeder pattern

“I feel like we are all connected together as a community and we do better as a whole if everybody is at their best. So, when somebody struggles, we all suffer, and it’s important to build everybody up and bring everybody together.” — Kristin Parr, GIS analyst

The Dallas ISD United Way employee giving campaign goal is $80,000. To learn how you can support the goal, contact your campus or department United Way coordinator, or visit the United Way webpage.

Angel Sitiriche was a private lawyer and Army reservist in Puerto Rico when he was called to active duty after 9/11. 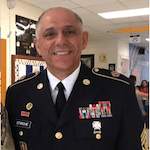 He was in charge of the multi-national division north operational for the Iraqi Police and Military Police Officers, overseeing 2,000 soldiers. During his service he received many commendations, including the Bronze Star, Humanitarian Service Award, and Army Achievement Medal.

Upon returning from Iraq, he decided to invest in the community and become a public school teacher. And for the past 12 years, Sitiriche has taught at John J. Pershing Elementary School. His outstanding contributions to education were recognized last month as he was named a Dallas ISD Campus Teacher of the Year.

“As a valued member of the Pershing family, Angel invests selflessly in the lives of the children and families that he serves. He contributes in so many ways,” Pershing Elementary Assistant Principal Mary Ramos said. “His service to his country has been impeccable and adds a varied experience that he shares with his students. His students see him as a role model and someone they admire.”

In addition teaching fifth-grade language arts and social studies, Sitiriche supports the campus in these ways:

“We are proud to have Angel on our campus and to name him our Campus Teacher of the Year,” Ramos said. “He is a role model and inspiration to everyone here.”

Sign up for free to run in the Oncor Mayor’s Race 5K!

Dallas ISD students and staff can participate at no cost. Watch a cool video above from last year’s event, and find information and register here: tiny.cc/mayor5k2017.

Dallas ISD huddles up with United Way; $80K is the goal

When marching bands, drum lines and cheerleaders come out, you know something special is about to pop off, which was the case this morning at United Way of Metropolitan Dallas headquarters as Dallas ISD staff gathered to kick off its employee giving campaign.

The goal this year is $80,000, which goes to support the many United Way programs that directly benefit Dallas ISD students and families. These programs include: after-school, scouting, early childhood, parent education, college and career readiness, homeless education, summer camps, mentoring, STEM, tutoring and many more programs. 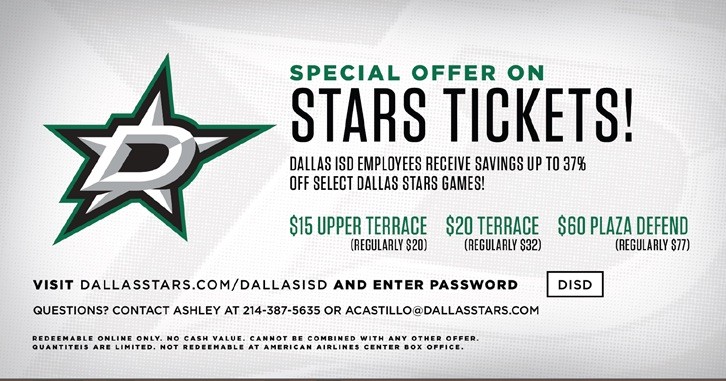 United Way Giving Campaign is off and running

Jeans days, department and campus fundraising events and individual giving are under way across the district to meet the 2017 campaign giving goal of $80,000. When you give, you help prepare kids to graduate ready to succeed, enable families to leave poverty behind, and make quality health care more accessible to those who need it. To learn how you can support the goal, contact your campus or department United Way coordinator, or visit the United Way webpage.