The current structure groups campuses together by feeder patterns, which includes elementary, middle and high schools. While there will still be feeder pattern meetings in 2018-2019, the new structure aligns schools by grade levels. This means, for example, that elementary school principals will have opportunities for more meaningful interactions with fellow elementary school principals.

The showcase experience included classroom observations and a chance to speak with experienced AVID teachers, administrators, and students.

Dallas ISD is celebrating 16 years with the AVID program and is thrilled to have two AVID National demonstration schools in the district, T. J. Rusk Middle School and A. Maceo Smith New Tech High School. As the program continues to grow, it is adding more campuses and working hard to show student achievement through proven data.

Tamika Stevenson and Ebony Palmer, AVID District Coordinators, work daily with campuses to make sure the four domains of AVID are met: Instruction, Systems, Leadership, and Culture.  AVID’s mission is to close the achievement gap by preparing all students for college readiness and success in a global society.

“I have a degree in the STEM field and have always valued the importance of training young women in the areas of STEM,” said Dallas ISD Chief of School Leadership Stephanie Elizalde.  “As educational leaders it is critical  that we to teach our young women three C’s – Competence, Courage and Compassion, and it is clear today that the young women at this school are truly being led by example.”

A national group named Dallas ISD’s alternative certification teacher program as one of the top 10 programs in the country. 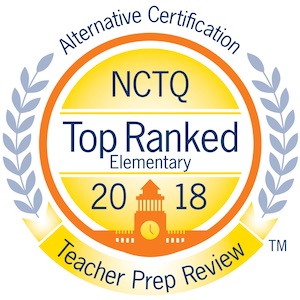 The Dallas ISD program prepares college graduates and career changers to become top-tiered teachers in the district. The National Council on Teacher Quality in April ranked the Dallas ISD teacher certification program in the top 10 out of 129 similar programs.

“With the high number of new teachers in the workforce, particularly in schools with large populations of traditionally underserved students, it is imperative that programs provide prospective teachers with the proper support to become effective first-year teachers,” said Kate Walsh, president of the National Council on Teacher Quality.

Early voting started Monday, April 23 for the District 9 seat on the Dallas ISD Board of Trustees.

To find early voting polling locations and other information about the May 5 election, visit the Dallas County elections website.

There are just a few more days for Dallas ISD employees and students to donate for scholarships that help deserving Dallas ISD seniors of all races attend college.

This is the top of the current leader board of which high school feeder pattern has contributed the most donations:

Funds raised by each campus will be used as scholarships for the graduating students of the high school within the feeder.

According to the 2017 National Assessment of Educational Progress (NAEP), Dallas Independent School District (Dallas ISD) scores in both fourth-grade reading, and eighth-grade math and reading, held steady from the previous year. The test, also known as the Nation’s Report Card, is administered every two years.

This is the fourth time, since 2011, that Dallas ISD has participated in the Trial Urban District Assessment, or TUDA, and is the first year the nation’s students tested with an online digital-based assessment.

Overall, Dallas’ fourth-grade math scores are still above those in comparable large cities, despite a slight decrease. The scores for eighth-grade math were not significantly different compared to 2015. Students in both fourth- and eighth-grade reading trended lower. However, the decrease in performance was not statistically significant.

“I’m disappointed in the fourth-grade math scores, but one of the reasons we believe in NAEP is that we want to know how our students compare not only in Texas, but throughout the country,” said Dallas ISD Superintendent Michael Hinojosa. “Although the state assessment data shows promising trends with positive gains, over the last three years, we also need to show that kind of progress nationally.”

Dallas is unusual in its student demographics, as it contains a high percentage of low socio-economic students, especially in its African-American and Hispanic populations when compared to the other 26 TUDA districts. For example, when comparing fourth-grade African-American and Hispanic math students who are eligible for the National School Lunch Program (NSLP) to other districts, Dallas’ numbers rank in the top end.

Of significant note, fourth- and eighth-grade English language learners in Dallas ISD performed higher than their peers in the nation’s public schools and large cities.

“The Dallas school district showed important results for English language learners and African-American students eligible for free and reduced priced lunch, where others across the country and in Texas did not,” said Michael Casserly, executive director of the Council of the Great City Schools, based in Washington, D.C. “Otherwise, much of Dallas’ result reflect the same trends that one sees across the state of Texas. The results also suggest that Dallas, like other big city school systems across the country, will need to invest more in technology as the national assessment is administered from now on, on a digital base,” Casserly said.

The NAEP is known as The Nation’s Report Card because it is the only nationally representative assessment of what U.S. students know and can do in core subjects such as mathematics, reading, science and writing. It reports on student achievement at the national and state levels. Participating districts in the 2017 TUDA include New York, Los Angeles, Chicago, Houston, Austin and Fort Worth. In 2017, 298,200 fourth-graders and 286,800 eighth-graders took the assessments, which were administered between January and March.

The Texas Library Association’s (TLA) Annual Conference wrapped up on Friday, April 6, in Dallas, and included representation from Dallas ISD.

More than 20 Dallas ISD school librarians presented professional development sessions and district librarians introduced 12 session speakers at the at the conference, which is the largest statewide librarian conference in the U.S. There were an estimated 7,000 librarians from universities, public school districts and public libraries in attendance.

Jerry Handford, a student at Cesar Chavez Learning Center and champion of this year’s campus spelling bee, represented his school at the Texas Bluebonnet Award Luncheon. Handford said he wanted to speak at the luncheon because he likes trying new things.

“I’ve never given a speech in front of a lot of people, so it’s something I wanted to do,” Handford said.

Also at the conference:

The Rotary Club of Dallas invites nominations from all district schools for its annual Service Above Self Teacher Awards. To call attention to the importance of service contributed by teachers, the organization will award up to $10,000 in cash awards and gifts to the selected teachers.

The award is designed to recognize teachers who:

Teachers may self-nominate or be nominated by colleagues or others who feel the nominee deserves special recognition for service above self.

For more information on the requirements for the award, download an informational flyer here. To nominate a deserving teacher, visit http://www.dallasrotary.org/teacher-awards.